If you face DUI charges and have a DMV hearing in Bakersfield, you need legal help fast. Having a professional DUI attorney from Koenig Law Office in your corner provides you with years of experience and the education needed to fight for your rights. Attorney Bo Koenig has successfully handled many DUI and DMV-related cases. He has over 100 hours of education and toxicology labs work, which allowed him to achieve the prestigious ACS-CHAL Forensic Lawyer-Scientist Designation. Having Bo Koenig defend your DUI, can be the difference between a conviction, reduced charges, or dismissal.

Dial (661) 793-7222 now and schedule your free consultation with Koenig Law Office. You can also contact our firm online.

The 10-Day Rule for Requesting a DMV Hearing

At a DMV hearing in Bakersfield, the future of your driver’s license will be determined at a DMV office — not at a criminal court. The issues at the DMV hearing are very technical. If you fail to vigorously attack the evidence, then your driver’s license will be suspended. After a DUI arrest in or around Bakersfield, California, the arresting officer will normally confiscate your physical license and subsequently issue you a paper temporary license that will be valid for 30 days.

The arresting officer will then forward a notice of suspension to the DMV. This is where it gets tricky. If you want to save your license, you only have 10 days to request a hearing. This time period starts the night you were arrested. So if you do not request a DMV hearing within 10 days of your arrest, then your license will more likely be automatically suspended after 30 days.

How to Win a DMV Hearing in Bakersfield

Just because you were arrested for DUI does not mean you were guilty, or that the arresting officer acted within the law. There are many issues that the hearing officer must consider.

Some issues include questions such as:

After your hearing, the DMV officer will either suspend your driver’s license or set-aside suspension.

The hearing officers that decide your fate are not lawyers or judges and have no formal legal education. Unfortunately, this could mean that the facts of your case are not weighted properly, and you could be subject to a driver’s license suspension because of faulty reasoning. This is why it’s important to have a skilled lawyer on your side. They can point out facts and present evidence in your favor.

If the hearing officer does not decide in your favor, all hope is not lost. You may file a writ of mandate to have your hearing reviewed by a superior court judge. Pursuing this type of legal action can help you seek a more favorable result.

Perhaps you were arrested at an illegal DUI or driver’s license checkpoint. Even if you were driving under the influence, if the arrest checkpoint didn’t follow legal requirements, you could win at your DMV hearing in Bakersfield.

Depending on the circumstances, you may also raise the defense that there was a Title 17 violation. Title 17 provides that law enforcement and other officials must follow specific protocols when conducting chemical tests to determine BAC levels. If the sample isn’t collected, stored, or analyzed correctly, results could be skewed and suggest you were driving under the influence when you weren’t.

Another defense that may be mounted on your behalf is that your DUI stop and/or arrest were unlawful. Before an officer can pull you over on suspicion of driving under the influence, they must have adequate legal cause to do so. They can’t just go off a hunch; they must have observed you engaging in behavior that suggested you were doing something illegal. If the officer did not see such conduct but pulled you over regardless, your stop may be deemed unlawful. Additionally, if the officer arrested you, but failed to follow correct procedures, such as reading your Miranda Rights, you may be entitled to exclude subsequent admissions.

During the DMV hearing, a hearing officer will consider a couple of factors when determining the amount of time your driver’s license will be suspended for. They will look at the officer’s report to see whether or not you took the chemical test.

If you took a chemical test and had a blood alcohol concentration (BAC) of .08 or more, your driver’s license may be suspended for up to 4 months (for a first offense). If this happens, we can almost immediately get you back driving on a restricted license and avoid any hard no-driving suspension.

The length of driver’s license suspension increases when you refuse the chemical test. Then, you could be looking at losing your driving privileges for up to 1 year (for a first offense) and this result would not allow you to obtain a restricted license. The entire one-year suspension is a hard no-driving suspension.

When you face a DMV hearing because of a DUI arrest in Bakersfield, our DUI attorney team at Koenig Law Office can help. To learn more about our legal services and how to beat your DMV hearing in Bakersfield and maintain your license, call our California law office today.

Learn more about beating your DMV hearing in Bakersfield with our help. Dial (661) 793-7222 now to get started.

What Sets Us Apart? 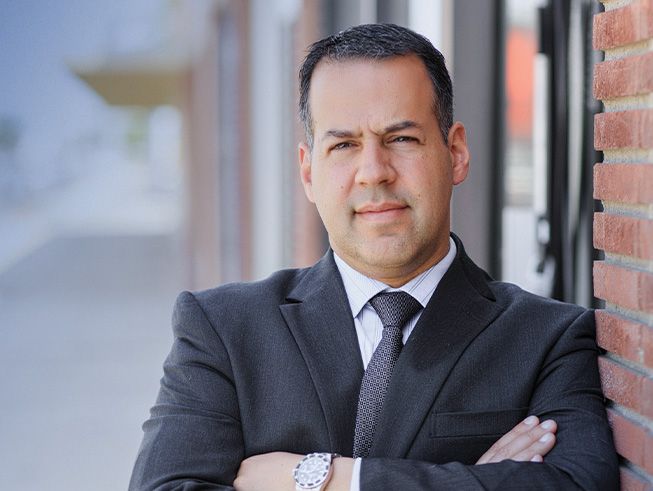 When it comes to your freedom and future, it's important that you put your case in the right hands. Bo Koenig has a reputation of going above and beyond for his clients to achieve the best possible result, and he is committed to do the same for you.

He is an awesome guy! He gets the job done and gets it done right! How he explains everything he breaks it down and works with you. He is a very kind and caring guy. He is very smart and knows what he is doing. You will not be disappointed if you...
- Kayla
Bo Koenig is an amazing attorney with an extensive amount of patience and knowledge. I have known Bo since 2012 when he took my first of two cases. He's humble down to earth and tells it like it is. No beating around the bush gets the results that...
- Veronica
I learned of Bo Koenig from the reviews online and with the high number of attorneys available I tried my luck with choosing him to represent me as my attorney. I am very glad I did, I wouldn’t have it any other way! It has been a great experience...
- Jesus
Mr. Koenig took my case when nobody else would. I wanted a trial because I felt that I didn't do anything wrong. We went to trial and won! He did a really good job.
- CM
Mr. Koenig has been my attorney on several case. He treated me with empathy and understanding. He always kept my dignity intact. He is extremely knowledgeable and understanding. He is listens well and is thorough.
- Former Client
I am super happy with Mr. Koenig. Every time I call his office, he is the one who answered the phone. He was very knowledge about the law and was able to get my a great result on my case. He kept in contact through the entire process and kept me in...
- Former Client
Mr. Bo Koenig represented me about 5 years ago for my DUI case. Bo was very thorough and dedicated. My odds didn't look too good in the beginning but, when we hired Bo, the best possible outcome was offered to me. He was attentive and aggressive...
- Adrianne
Bo is a great legal counsel. His rapport with the legal community and his knowledge of law saved my career and my licenses. I was impressed by not only the outcome but the ease of the entire process. I was given many options but Bo left the...
- Darren Garcia
Mr. Koenig was a great attorney to work with. He showed me all of my options and never hesitated to answer my questions. He always answered the phone and was always on time and met me before court to make sure we were ready to go. I hope I don't...
- Former Client
Mr. Koenig explain the whole process after my accident. From the investigation that would need to be done, to finding cameras in the parking lot to help our case. All of which were done in a very timely manner. Phones calls and emails kept me up to...
- Former Client
Wow! I feel so incredibly blessed to have found this attorney. I truly believe there is no one better. THE BEST attorney. I wish I could use him and recommend him for every type of law because he is so incredibly thorough, communicates very well,...
- Former Client
Koenig Law Office saved my life. Not only do I recommend them but I HIGHLY HIGHLY recommend! I was arrested on a “DUI” but I only had .03 in my system. Koenig law fought for me and got my license and my freedom back. The best decision I did was...
- Evan